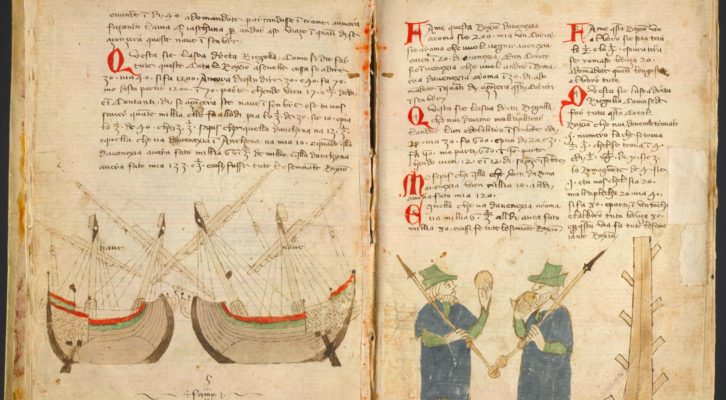 Imagine your favorite leather journal filled to the brim with useful observations, quotations, and notes. Perhaps there are pictures that you drew, a ticket stub from your favorite show, or even a bit of wrapping paper from the birthday presents that you’ve unwrapped.

It sounds like a scrapbook, but it’s not nearly as organized. It’s like a stream of consciousness jotting lots of things you find personally interesting, but often with an intent to refer to it regularly. What is this strange journalistic beast?

(Listen to someone pronounce the word here) A zibaldone takes all of the best parts of a journal, a diary, an artbook, and a scrapbook, and mixes it all together to form a commonplace book – something like the modern day equivalent of Evernote, Tumblr, and Pinterest.

Zibaldones were first found in 14th century Italy, specifically among the merchants in Venice. They recorded lists of spices, the best times to do bloodletting, and even some math problems. In other words, the zibaldone is a hodgepodge sort of book, one where you can expect to find anything that the writer found important. They’re not structured like a formal journal, nor necessarily all personal thoughts. Collections of recipes, facts, quotes, and random thoughts have all been found in zibaldones.

Since the time of those merchant notebooks, however, there have been countless other philosophers, poets, and writers who kept zibaldones. The art of the zibaldone was transformed into the phrase ‘commonplacing’ in English. The reason is because the author is writing about things which are commonplace in everyday life.

Famous people who kept a Zibaldone

William Paley, Mark Twain, Samuel Taylor Coleridge, and Ralph Waldo Emerson all kept zibaldones, or commonplace books. These were collections of referral notes intermixed with thoughts and essays that later became the published material. Sometimes, the zibaldone itself was used to condense and work out thoughts for publishing. In this sense, a zibaldone could be considered something like a microblog or an early Twitter.

Perhaps the most famous zibaldone was the one penned by Giacomo Leopardi, who lived in the 19th century. He’s the most famous historical poet in Italy after Dante. He died in early middle age, but he wanted to leave a legacy. His zibaldone wasn’t discovered until sixty years after his death in an old trunk. The subject matter was grim, but he offered thoughts and insights into his everyday life. These thoughts were interspersed with stories, poems, and pictures. What amazed people was its size, The zibaldone was 4,526 pages! You can read more about him and his zibaldone at this link.

If you don’t want to think out long entries for a formal journal, or you have too many rapid thoughts during the day, consider trying the zibaldone (or commonplacing) method of recording your ideas. The leather journal that you choose is easily transformed into a zibaldone. Scribble about your thoughts and musings, make a mention of something that you want to come back to later. The rules have not been set in stone. That’s the miracle of writing, after all. 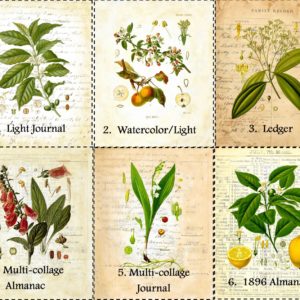 “Most people are on the world not in it, have no conscious sympathy or relationship to anything about them, “– John...
Copyright 2019 Top 10 Leather Journals All rights Reserved.
Back to top