For fiction writers such as J.R.R. Tolkien, Game of Thrones creator George R.R. Martin, and many other writers of historical and fantasy, keeping a journal can be an invaluable way for them to keep track of the Characters and Worlds that appear in their novels.

When creating characters, creating worlds, or even re-creating the world of the past, a journal is a fantastic way to write out all of the little details concerning characters and the worlds they inhabit. These details may include a write up about each character that appears in your story as well as sketches of the maps, a list of languages and some vocabulary, the history and all of the people, cultures, flora, and fauna that appear in that world.

Getting to Know Your Characters

A journal is also one of the best places to flesh out both major and minor characters. One approach is to create a character profile by filling out a wide range of details about each character. Many fiction writers will often turn to a questionnaire or a table of traits available either online or in books. These questionnaires and tables feature a wide range of questions designed to help writers go deep into their characters. Character details can also help you to create character arcs, which are essential to how your character fits into the story that you are trying to write.

Writing from your Character’s Point of View

In order to make such a character arc, some writers have even created fictional journals for their characters, giving greater insight into them and the motivations behind what they do. Some of these fictitious journals feature artistic details similar to a Zibaldone book in order to make the reader feel as if they are really get a sense of the things that are important to the character and the events in the character’s life. These can come complete with souvenirs and bits and pieces to make such a journal all-the-more real.

Creating a World for Them to Live In

Whether you are trying to re-create a time in our own world’s history based on real events or you’re developing an entirely new world, you need to know the details.

Take time to consider the languages spoken, the folklore and tales of the origins of the people of your worlds, as well as the geography. Some writers will sketch out maps of the territories that make up their world in artistic journal entries. Muppet creator Jim Henson was known for constantly creating new worlds like the ones which appeared in his movies and television series, The Dark Crystal, Labyrinth, and Fraggle Rock.

Here are some other things to consider when writing a story set in either a historical time period or in a world that is completely of your creation:

Game of Thrones author George R.R. Martin spent a great deal of time sketching out the details of his stories both through character histories and events leading up to his main story. This kind of detail can also give clues and ideas as to what a character may do in the story and even why.

With so many details about your characters, places, and events, your stories will become more elevated and enjoyable to write. Try out your next leather journal on a bit of world-building.

How to develop your Writing Voice 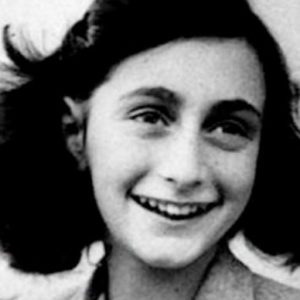