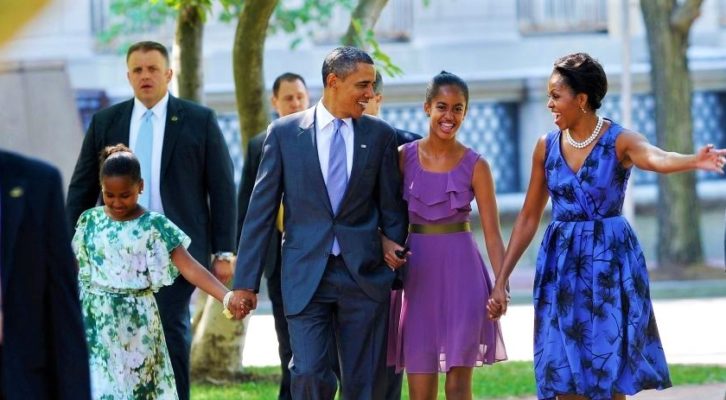 Barack Hussein Obama was the 44th President of the United States, a laureate of the Nobel Peace Prize, and the most recent recipient of the John F. Kennedy Freedom Award. He is also a regular and devoted journaler.

Barack Hussein Obama Jr. was born on August 4, 1961 in Honolulu, Hawaii. His mother, Ann Dunham, was American, while his father, Barack Hussein Sr., was from Kenya. Obama’s parents would later divorce in 1964 and he spent most of his formative years living with his grandparents in Hawaii. Obama credits his grandparents with instilling in him a love of reading and writing.

Obama attended Columbia University and became devoted to the daily practice of keeping a journal. He graduated from Columbia in 1988, moving to Illinois to become a community organizer on Chicago’s South Side and working with the poor. In the fall of that year, Obama was accepted to Harvard Law School.

During his internship at a Chicago law firm, he met Michelle Robinson who was to serve as a mentor to him within the firm. The two began dating shortly after. Obama continued to devote himself to his studies and writing. He would later go on to become the first African American President of the Harvard Law Review.

After graduation from Harvard Law School, Obama returned to Chicago to practice law, specializing in civil rights cases. He never forgot his earlier experiences and stayed connected to the causes that originally inspired him to study law. Obama continued to organize political actions group within Chicago and would encourage those living in impoverished areas in the city to get out the vote.
In 1992 Barack and Michelle were married and later would have two daughters, Malia and Natasha (Sasha). The Obamas stress the importance they placed to read to their children every night – no matter what was going on in their family’s everyday lives.

A Life of Public Service

Barack Obama was first elected to public office, serving as a Senator in the Illinois State Legislature from 1997 – 2004. He was well liked by his colleagues and was instrumental in gaining bipartisan support for reforming both ethics and health care laws, laws surrounding law enforcement, and changing the state’s death penalty laws.

In 2004, Obama was elected to the United States Senate, receiving nearly 70% of the vote. During those early months as a junior Senator, Obama was invited to speak at the Democratic National Convention. It was that night, after his moving speech around uniting the People, that the world began to see Barack Obama as very possibly filling an even higher office –President of the United States.

After much speculation, Barack Obama announced his intention to run for office of President of the United States in 2007. He would beat out Hillary Clinton for the nomination on the Democratic Candidate and win the general election on November 4, 2008 against Republican Senator John McCain. Barack Hussein Obama was sworn in as the 44th President of the United States on January 20th, 2009.

Later in 2009, Obama would be named the winner of the Nobel Peace Prize even though he had inherited two wars and a difficult economy. In much the same fashion as he did in his days as a community organizer in Chicago, Obama continued to push for legislation that would help improve the lives of people. He would again take up healthcare and other civil rights issues as being important to all Americans. In 2012, President Obama would win his bid for re-election against former Massachusetts Governor Mitt Romney to continue as President of the United States for another four years.

Journaling as a Daily Practice

President Obama not only credits writing in his personal journals as having helped him in his as a world leader, but also in helping him to write three books – one of them a children’s book.

In a speech given to a group of middle and high school students and faculty, Obama said this about the value of writing.

“Writing teaches you how to think. It forces you to ask questions of yourself and forces you to try to figure out how to reconcile different attitudes, how to process different experiences, and how to give voice to your opinions in a coherent way.” – Barack Obama

Reconciling attitudes and challenges and writing them out was an important part of the Obama Presidency. Thinking out the days problems and brainstorming it out on paper serves as a kind of mind map for him. Members of President Obama’s White House staff confirm that he had the regular habit of taking binders of work up to the White House residence with him, often staying up past 1:00 a.m., to continue working, reading, and writing. 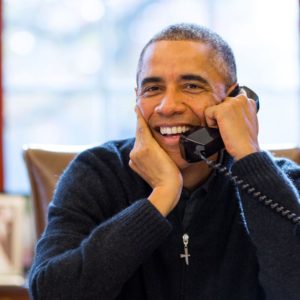 We’ve always been curious as to why most of the world’s successful leaders, past and present, carried journals or notebooks...
Copyright 2019 Top 10 Leather Journals All rights Reserved.
Back to top