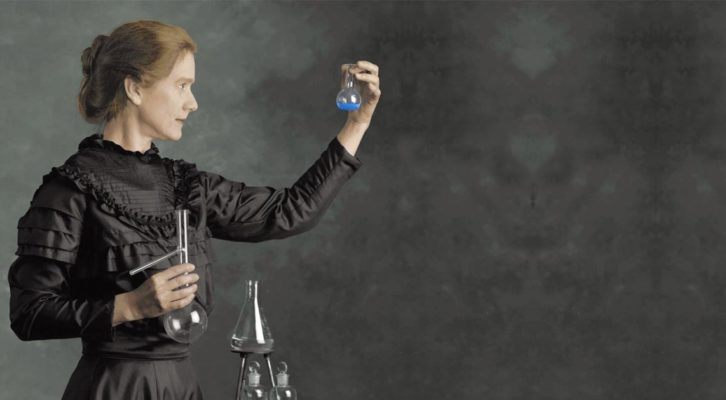 Marie Curie is considered by many to be the mother of modern physics, a pioneer in radiation research, and one of the most influential scientists to have ever existed.

Marie Curie was also remarkable in that she succeeded during a time when options for women were severely limited. She was the first woman to become a professor at the University of Paris, discovered two elements: polonium and radium, and would later win the Nobel Prize in two different categories.

Maria Sklodowska Curie was born in Warsaw, November7, 1867 in Warsaw, Poland. Her parents were both school teachers and she was the youngest of five children. Her father was a physics professor and her mother, who died when Marie was 11 years old, was also an educator. Marie was an avid reader and student but found because of the limited options for women at the time, she couldn’t take her studies any further.

After a brief period of working as a governess, Marie went to live with her sister in Paris in 1891. It was there that she enrolled at the Sorbonne and dedicated herself to her studies. Curie completed her physics degree in 1893 and would earn a degree in mathematics in 1894. Shortly after, Marie was offered a commission to study magnetics and metallurgy. She was also introduced to her husband, Pierre Curie. In 1894, Marie and Pierre were married and were completely dedicated to each other and their scientific work. Pierre and Marie had two daughters, Irene and Eve.

Inspired by the work of French physicist, Henri Becquerel, Marie studied the rays that emanated from uranium. Marie would coin the term radioactivity to describe these rays which she theorized were coming from the stone’s atomic structure.

Marie and Pierre Curie were able to isolate the radioactive properties in uranium, polonium, and radium and kept detailed notes and diagrams similar to those found in a zibaldone book.
For their discovery, the couple won the Nobel Prize for physics in 1903 – making Marie the first woman to ever win this prestigious award.

The Curies were so focused on their work that when it was announced that they had won the prize, they refused to go personally in order to accept it because it would have interfered with their research. After Pierre’s death in 1906, Marie would continue, being offered her husband’s position as a professor at the Sorbonne. Marie was a pioneer in using radiation therapy as a treatment of cancer and for using X-rays in medicine.

A Family of Nobel Winners

Members of the Curie family currently hold the world record of the number of Nobel Prizes that have been won within a single family with five Nobel awards.

Curie and her husband Pierre shared the physics prize in 1903. Marie would win it herself in the field of chemistry in 1911. Other winners in the family include Marie’s daughter Irene Joliot-Curie in 1935 for chemistry along with her husband Frederic Joliot-Curie, and Marie Curie’s son-in-law, Henry Labouisse, who was director of UNICEF at the time and would win the Nobel Peace Prize in 1965.

Marie Curie died at the age of 66 in 1934 of aplastic anemia, which was attributed directly to her research with uranium and radioactivity. Curie’s home continued to be used as a research center until 1978 when it was determined that it had to be decontaminated. In 1991, Curie’s home was decontaminated. A year later, the Curie estate would allow researchers access to her journals and notes.

At the time that the Curies were doing their research, they had no idea of the potential dangers of working with radioactive materials and would wear ordinary clothing. Often Marie and Pierre would walk around their laboratory with glowing radioactive objects in their pockets. In her journal, Marie would admiringly describe these glowing properties of uranium, comparing them to ‘fairy lights’.

The Journals of Marie Curie

Those who wish to study the life and journals of Marie Curie, however, will encounter a bit of a problem. Even after nearly 100 years after her death, Curie’s journals are still radioactive. Anyone wishing to view them is required to sign a liability waiver with France’s Bibliotheque Nationale. These precious scientific research papers must also be stored in a special lead-lined box. These safety precautions for researchers of Curie’s work are likely to remain permanently in place since her journals will be radioactive for the next 1,500 years! 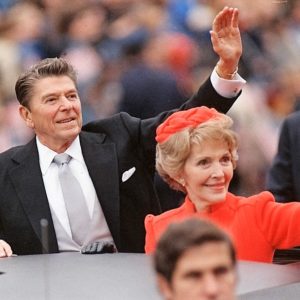 Ronald Reagan was the 40th President of the United States. During his two terms (1981-1989), he increased defense spending,...
Copyright 2019 Top 10 Leather Journals All rights Reserved.
Back to top