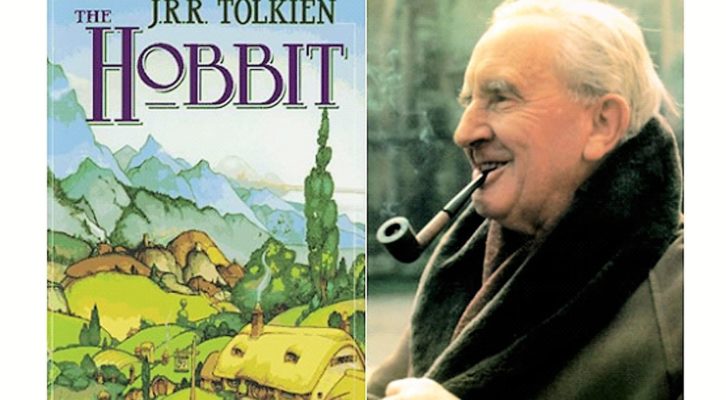 J.R.R. Tolkien was one of the world’s most famous fantasy writers.
He is best known as the author of The Hobbit and The Lord of the Rings trilogy, which would later become blockbuster films. What many don’t know, however, is that Tolkien was also an accomplished linguist, folklorist, and philologist. His works continue to yield rich information that inspires millions.

John Ronald Reuel Tolkien was born on January 3, 1892 in Bloemfontein, South Africa to Alfred and Mabel Suffield Tolkien. His brother Hillary was born a year later. Tolkien was four years old when his father died of complications from rheumatic fever. His mother took her young son and moved to England in Birmingham.

Mabel Tolkien educated both of her sons at home. Ronald, as he was called within the family, was a voracious pupil. He had a keen interest in botanical studies but was particularly fascinated with the study of languages. He was interested in the fairy tales of Andrew Lang, Norse legends, and Native American stories. Mabel continued to dote on both of her sons until her death in 1904.

It was at this time, under the guardianship of a Catholic priest, that J.R.R. Tolkien’s writings began. Along with his cousins, Mary and Marjorie Incledon, they began to invent languages of their own; Animalic and Nevbosh, all the while he continued to study Latin and Anglo-Saxon. He would go on to create Naffarin and his first book, The Book of the Foxrook, a sixteen-page notebook, that was filled with the first of his many invented alphabets.

J.R.R. Tolkien worked so much of his life’s experiences into his writing. He made note of the two ominous buildings that he studied under whilst at school. These served as the inspiration of the Two Towers, which appeared throughout his books. During one journey to the Swiss Alps, his hikes provided much inspiration. This later appeared in his stories of Bilbo Baggins and the Hobbit’s journeys through the Misty Mountains. Just before WWI, Tolkien would later attend Exeter College, majoring in classic literature with a specialization in Anglo-Saxon and Germanic languages.

During the war, where Tolkien served as a Lieutenant, he would continue to write and record his experiences in his journals. He was a veteran of the “Battle of the Somme”, so he witnessed many of the horrors of war firsthand. Tolkien was released from military duty due to illness.
Teaching at the University of Leeds

After the war, Tolkien became a faculty member at the University of Leeds and eventually at Oxford University. It was then that the story which would later become The Hobbit started to emerge. Along with the story of Bilbo Baggins, Tolkien created 100 artistic illustrations which would accompany the book when it first appeared in 1937.

Perhaps one of the greatest influences in his stories, however, was the woman who would later become his wife, Edith Mary Bratt. The trials and tribulations that the couple would face in real life would also find their way into Tolkien’s writings. Much of their experiences would be reflected in his stories of Beren and the Elvish princess, Luthien. These would appear in Tolkien’s posthumously published books, The Silmarillion and Beren and Luthien (due out in May of 2017).

While teaching, Tolkien would continue with his masterwork, The Lord of the Rings series. The trilogy of books, which are sequels to The Hobbit, include The Fellowship of the Ring (1954), The Two Towers (1955), and The Return of the King (1955). The worlds that he created in Middle Earth were populated by Elves, Dwarves, Trolls and dragons, many of these same creatures could be found in the fairy tales, the classics and the many of the Norse and Germanic myths that he studied throughout his life.

Tolkien retired from his duties as a professor in 1959. That same year he would publish his book of poetry, Tree and Leaf. In 1971, Tolkien’s wife, Edith passed away. On her headstone was inscribed the name of Luthien. Tolkien himself would pass away on September 2, 1973. He is buried beside Edith. Along with his given name, his headstone also bears the name of Beren.

After his death, J.R.R. Tolkien’s son, Christopher, would go on to publish the works that his father didn’t have time to complete before his death. These include The Silmarillion, The Children of Húrin, Unfinished Tales, and The Art of the Hobbit.

Tolkien’s works have inspired readers, writers, and filmmakers throughout the world. Among them is film director, Peter Jackson, who adapted each novel of The Lord of the Rings trilogy and The Hobbit into major Hollywood films. 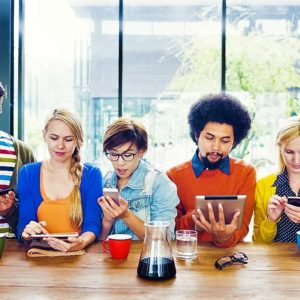 They’re typing on their iPads, they’re tapping out text messages on their phones, they’re reading the clear type on this...
Copyright 2019 Top 10 Leather Journals All rights Reserved.
Back to top