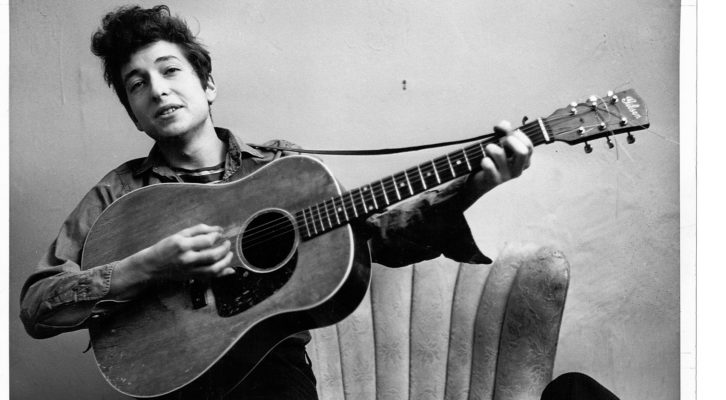 Few people have influenced an entire culture over a period of several generations through music than Bob Dylan.

Bob Dylan was born Robert Zimmerman in Duluth, Minnesota on May 24, 1941 to Beatrice and Abraham Zimmerman. He began writing poetry and songs in his teens, inspired by the music of Little Richard and Elvis Presley. It was during his brief stint in college at the University of Minnesota where his focus and tastes changed from rock music to American folk music from artists like Woody Guthrie.

Inspired by the works of Welsh poet Dylan Thomas, Zimmerman changed his name to Bob Dylan. Dylan dropped out of college after his first year.

Dylan moved New York in 1961, living and working in Greenwich Village to perform and to visit his musical idol, Guthrie. He played in Village clubs and became very influential within the increasingly popular folk music scene. In the following year, Dylan would record his first album. Dylan’s reputation became more widely known. His songs Blowing in the Wind and The Times They Are a Changing became anthems and a unifying ideal during the Civil Rights Movement of the 1960’s.

Now it was Dylan’s turn to begin influencing other artists not only within folk music, but also rock musicians such as the Beatles, Joan Baez, and Jimi Hendrix. When he added an electric guitar to his musical repertoire at the Newport Folk Festival in 1965, it upset many of his fans. Dylan, however, had other ideas. Over his career he would re-invent himself several times and try new avenues of expression.

During his career, Dylan rarely granted interviews. During the early years, this left many of his fans wondering what his lyrics really meant. Through his devotion to his song and lyric writing, Bob Dylan brought a new level of depth and sophistication in his poetic lyrics that had not existed before within popular music.

During the 70’s and early 80’s, Dylan experienced both commercial successes and setbacks. Then, in the late 80’s Dylan teamed up with musical legends Tom Petty, Roy Orbison, George Harrison, and Jeff Lynne to form the super group The Traveling Wilburys. The band would record two albums together before Dylan left the group to record his “World Gone Wrong” album. It was another critical and commercial success for Dylan, winning the Grammy Award for Best Traditional Folk Album in 1994. In 2006, Dylan was number one on Billboard with his album, Modern Times.

Not only has Bob Dylan won Grammy and Academy Awards, he was also inducted into the Rock and Roll Hall of Fame, received honors from the Kennedy Center, was awarded the Presidential Medal of Freedom by President Barack Obama in 2012, and the Nobel Prize for Literature in 2016. Bob Dylan was the first American to win this prestigious award since author Toni Morrison won it in 1993.

It took a few weeks after it was announced that Bob Dylan had won the Nobel award before he actually acknowledged and accepted it. While some may have attributed this lack of communication to Dylan’s arrogance, perhaps it was because Dylan had several well-documented periods in his life when he was reclusive and would avoid the spotlight and was overwhelmed by the honour.

It is clear that Bob Dylan’s work has influenced the world in ways that few others have been able to. Not only has he had such a remarkable imprint on the worlds of music and social politics, he has inspired other areas of the arts such as film as well. Director Martin Scorsese’s documentary on the life of Bob Dylan, No Direction Home won a Peabody Award. 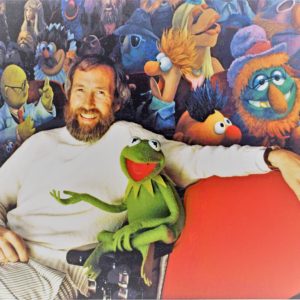 There are few people in the world who haven’t been touched by Jim Henson’s work. His was the genius behind the creation...
Copyright 2019 Top 10 Leather Journals All rights Reserved.
Back to top